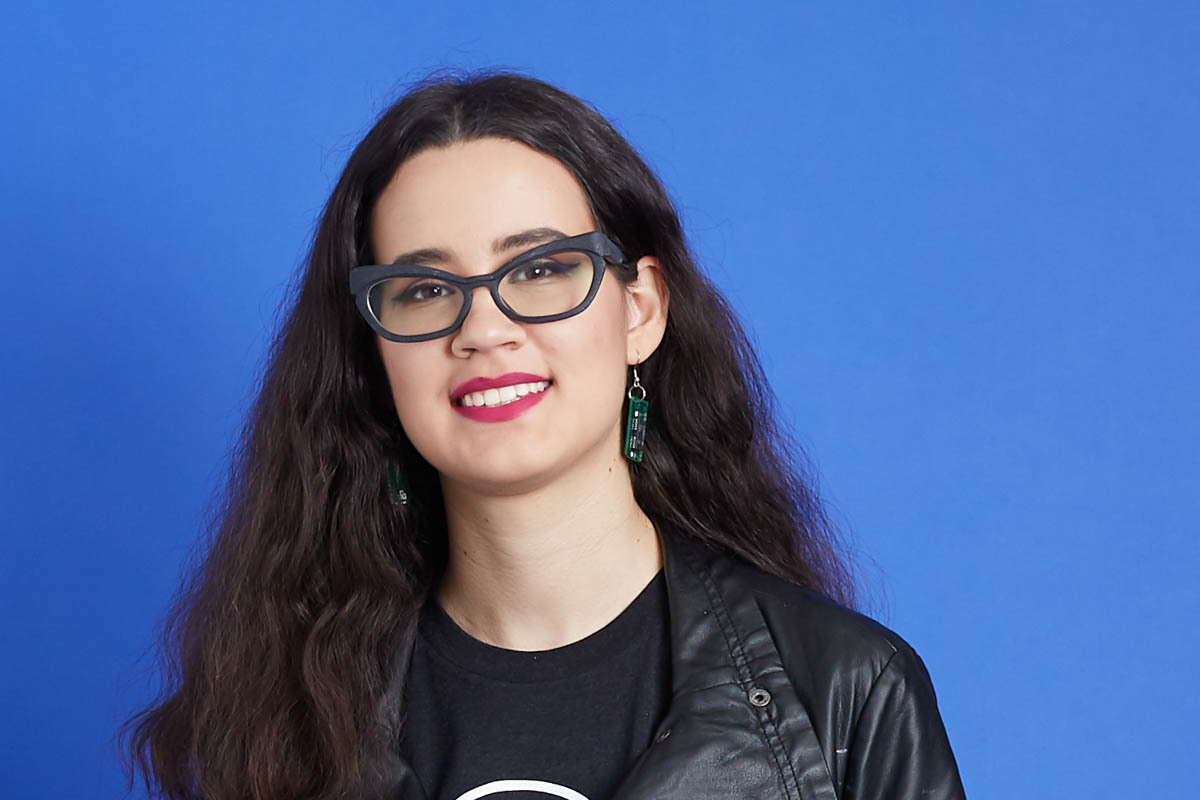 Kathy Garcia now works for Benchling, a Bay Area software company that makes a molecular biology research platform. As a programmer, Kathy had been frustrated often before by the technical hiring process: there were stacks of resumes to send out and multiple days wasted on technical screening calls. But finding her latest job at Benchling was different--and a lot easier. Rather than following a traditional job search model, Kathy used Triplebyte, and she says the platform significantly reduced the time required to find her current role, all while introducing her to companies she would never have heard of otherwise. Triplebyte also gave her extra confidence while negotiating her job offer.

As an only child who's family moved frequently while she was growing up, Kathy gravitated towards solitary pursuits like video games and programming. For her, computer science offers interesting problems at the perfect level of abstraction, and she loves producing concrete results in real time. Although she studied neuroscience in college, Kathy always knew she wanted to be a programmer, and she has a passion for making the world a better place through healthcare technology. Which makes her work at Benchling a dream come true.

We recently sat down with Kathy to discuss her career so far and her experience on our platform.

Note: this interview has been edited for clarity and style.

What drew you to programming?
It's something I can do where I basically get to solve abstract puzzles all day. I feel like it's the right level of abstract for me. It's not completely theoretical. If I was a mathematician, it would be completely intangible work, but with this I can actually see the output and see users happy with what I made. But I also get to do this very logic-heavy work.

How did you get started coding?
My middle school offered a computer programming class which I thought was a lot of fun. It sort of extended from there. By that point, I had my own computer and so I was just figuring stuff out on my own. The high school I went to was a computer science magnet school, so they had a whole bunch of programming classes, and I've always been a STEM and logic focused person.

How did you decide to become a software engineer?
Well, when I was a teenager I thought I wanted to make video games, because I liked playing video games, and I liked programming. But then I came to the conclusion that the game industry, for a lot of reasons, wasn't really where I wanted to be.

I actually went to a game development summer camp when I was in high school. It was called Game Camp, and it was something offered by Arizona State University. I went one year and came back as a TA the next year. That was all working with the Unreal Engine. I don't know if you know this, but several years ago they released the engine that makes the Unreal Tournament games and I think Gears of War and some other games. They released the engine itself and also a lot of their tools for developing on top of it.

The game that my team made actually won best game of the camp. It was like the story of Robin Hood, but set in the 1920s, so you were a mobster and it was like a shoot 'em up. You'd go into speakeasies and kill the bad guys and take their money. We were working in teams of five with one programmer, two artists, and two designers.

What Computer Science education do you have?
I thought from the time I was 12 to the time I went to college that I wanted to be a software engineer. But then in college, I met a lot of neuroscientists, and they were talking about what they were studying, and I was like Wait, this is really, really cool. And part of it was, you know, “I am a brain; I want to know more about how I work.” I got into neuroscience, so that was my actual degree, but I still got a CS minor and ended up doing software engineering.

What was it like searching for jobs before using Triplebyte?
It was definitely more repetitive because I had to, you know, find every place, submit a resume or whatever they wanted, and then go through an introduction screen, go through a phone screen, and find time to schedule all those things.

What are the worst parts of the job searching process?
I think the worst part is that there's so much variance in how technical interviews are done and what people actually expect. Even from the same type of question. Some people expect you to, you know, give a very rigorous solution, some people expect you to write tests and make it as safe and nice as it would be in production, and other people expect you to just get something out there, and if you're wasting time doing that, then you'll fail the interview. And then some places expect you to have your algorithm stuff really, really down pat and they'll ask you complex algorithm questions. And other places expect you to be really into the nitty gritty of debugging. It's hard to know what's expected. I basically go into interviews knowing that I'll fail most of them and that's just okay. But that is stressful and frustrating.

What's most broken about programming interviews?
I think it's asking people to solve puzzles that don't necessarily have very much to do with software engineering. The worst example is the “order of magnitude,” type question. Like, “how many manholes are there in New York?” sort of thing. Maybe what they are trying to measure is general intelligence, and that probably has some correlation with software engineering ability, but not in a super strong way. You can be very good at those kinds of puzzles but terrible at engineering and vice versa. I think even algorithms questions sort of fall into this. They're related, but, like I said, you're not gonna be implementing a linked list or reversing an array or whatever in your day-to-day job because there are libraries for that.

What was it like finding a job using Triplebyte?
It was nice to skip a lot of the repetitiveness. You skip the technical phone screens. And I wouldn't have heard of Benchling otherwise. There were lots of companies on Triplebyte that I'd never heard of and wouldn't have found on my own. I had searched Angel List for healthcare companies, but Benchling hadn't come up, so I don't know how I would've found out about them otherwise. I'm really happy for that as well.

What was valuable to you about Triplebyte?
I think primarily there's two things: The exposure to companies that I wouldn't have seen otherwise, and being able to skip the technical phone screens so that I didn't have to go through that over and over and schedule them. Every technical phone screen is an hour and a half to two hours. I think through Triplebyte I did five...Plus it takes time out of the day if I have to schedule a call in the middle of the day.

So you're talking 20 hours including scheduling and resumes?
Yeah.

How is your new job at Benchling?
It's been great. I definitely like it better than either of my previous jobs by a lot. And that's basically just because of the culture. Benchling is generally very open and honest with each other. Every sub-team is allowed to develop its own processes to some extent, to find what works best for those three or four people. We do, of course, have to get done the work that the rest of the company needs us to get done, but how we actually organize that is more up to the team. We have a continuous feedback cycle and you're always getting feedback and giving feedback.

Also, it's just very nerdy. People are always having discussions about the etymologies of words and things like that. In the end, I chose Benchling because of the mission and culture.

Why isn't everyone happy all the time?

We'll end with a philosophical question: why isn't everyone happy all the time?
Just in general? I mean, the literal answer is probably something like neurochemistry. From a more psychological perspective, I think it's something like expectations not aligning with reality. I mean, people have a wide variety of expectations, but I think culture trains you to have higher expectations than what the world is actually like. I've been thinking about this with regards to my generation in particular. People talk about millennials wanting to save the world and stuff like that. I think to some extent, we were raised to think that we could and that a lot of people are really disappointed that they're not out stopping climate change or something like that.

Do you feel like your job at Benchling is allowing you to make an impact?
Yeah, I think it has an impact. But, in the grand scheme of things, it's a small one. I'm not gonna single-handedly save the world, and I think there's a lot of problems still happening that are beyond my control.

Kathy, thanks so much for your time! And thanks for helping to make the world a better place, a little bit at a time.